SAFES AND STRONG ROOMS AND THE FIREARMS CONTROL ACT

Regulation 86 of the Firearms Control Regulations details the requirements for safes and the safe custody of firearms and ammunition. The basic requirement for private owners is:
86(1) “When a firearm is not under the direct personal and physical control of a holder of a licence, authorisation or permit to possess the firearm, the firearm and its ammunition must be stored in a safe or strongroom that conforms to the prescripts of SABS Standard 953-1 and 953-2, unless otherwise specifically provided in these regulations.”

Note that ammunition is specifically included in this requirement.

What follows is a brief outline of the main features of the two standards for guidance:

The requirements are more stringent than those previously required in the regulations issued under the Arms and Ammunition Act (See below).

953-1 divides safes into two types, Type A and Type B. Type A are specified in terms of their resistance to attack by hand tools, and Type B by the thickness of the steel used for walls and door. Type A are more secure than Type B. Both types are sub-divided into several different safes, as follows:

All these safes shall have at least one lock, which may be a key lock of at least 6 levers or a combination lock of at least 3 wheels or an electronic lock. All safes of net mass less than 300 kg must be bolted down to floor or wall, or preferably both.

Type A
The A2 is a more secure safe than is the A1, and must meet Category 2 of SABS 751, “Burglar-resistant safes”. As such the door must be of at least 20 mm thickness. No thickness is specified for A1, nor for the walls of either, being up to the manufacturer to decide in meeting the specified resistance to attack times.

BC – in which the walls are constructed of brick outer and inner skins reinforced with a concrete core. (Not as simple to construct as might be thought)

RC – in which the walls are constructed entirely of reinforced concrete.

The RC is considerably more secure that is the BC because thicker concrete and larger diameter reinforcing is specified for the walls. Both types must have a door meeting Category 2 of SABS 949 “Strongroom and vault doors”. Given the “all eggs in one basket” nature of a strongroom, I strongly recommend that collectors pay the small extra premium for a category 2 ADM (Anti-disk cutter material) door.

“An existing safe, strongroom, device, apparatus or instrument for the safe custody of firearms, which complies with the regulations under the previous Act, will be deemed to comply with the standards set out in SABS Standard 953-1 and 953-2 for all purposes of this Act, if the Registrar issues a certificate to this effect”.

Quite how this will be applied remains to be seen, but it offers the opportunity of regularising the continued use of existing safes and strongrooms.

SHARED USE OF SAFE OR STRONGROOM

86(11)(b) ” Any person who may lawfully possess a firearm or ammunition shall store these in a prescribed safe or strongroom, to which he or she shall have at all time exclusive access or his or her presence and co-operation shall be a necessary prerequisite for access to the relevant firearm and ammunition unless-

(i)           the storage is undertaken by the holder of a dealer’s of gunsmith’s licence in which case the dealer or the dealer’s personnel with valid competency certificates, or the gunsmith may have access to the safe or strongroom; or

(ii)          the firearm is temporarily stored in a safe or strongroom that conforms to the prescripts of SABS Standard 953-1 and 953-2 or a lock-away safe, device, apparatus or instrument for the safe custody of a firearm that conforms to the prescripts of sub regulation (12), that is under the control of a holder of a licence, authorisation or permit issued in terms of this Act, the person storing the firearm must in writing notify the Designated Firearm Officer in whose area the firearm is temporarily stored.” 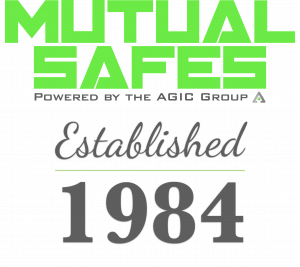